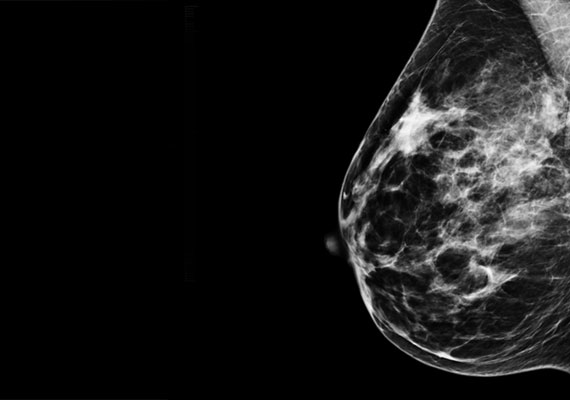 Breast cancer remains a leading cause of tumor deaths among women in many parts of the world. Today, thanks to periodic screenings, the early detection of breast cancer has noticeably improved the outcome of the disease. Part of that success is owed by the gold standard breast imaging technology: filmscreen X-ray mammography. X-ray mammography is indeed considered yet the most reliable method for early detection of breast cancer, but we wanted to increase precision of this system.

We created back in 2001 a Computer Aided Detection (CAD) system, marketed as Galileo application, to improve the diagnostic accuracy as well as the consistency of radiologists’ image interpretation. In particular, the aim of mammographic CAD is to increase the efficiency and effectiveness of diagnostic procedures by using a computer system as a second reader for AI assistance . The CAD indicates locations of suspicious abnormalities in mammograms as an aid to the radiologist to whom it leaves the final decision regarding the likelihood of the presence of a cancer. CAD are currently used only as a diagnostic help since in the case of doubt further investigations are performed to increase the accuracy of the diagnosis. As of April 2022, Galileo has over 160 installations around the world.

As reported today by Andrew Ng the deployment options for a CAD system include:

Human only : No AI involved.

Shadow mode : A human doctor reads an X-ray and decides on a diagnosis, but an AI system shadows the doctor with its own attempt. The system’s output doesn’t create value for doctors or patients directly, but it is saved for analysis to help a machine learning team evaluate the AI’s performance before dialing it up to the next level of automation.

AI assistance : A human doctor is responsible for the diagnosis, but the AI system may supply suggestions. For example, it can highlight areas of an X-ray for the doctor to focus on.

Partial automation : An AI system looks at an X-ray image and, if it has high confidence in its decision, renders a diagnosis. In cases where it’s not confident, it asks a human to make the decision.